Schools, and when they will reopen for in-person instruction, have become the biggest political issue in the state. Former San Diego Mayor Kevin Faulconer is running for governor and has talked about little else. We’re old enough to remember writing post after post trying to get him fired up to confront the challenge of how were were going to reopen schools and not having much luck.

Now the fire’s there, though.

Anyway, schools. It was a big week: The governor got into a row with the Legislature after its leaders proposed a much watered-down version of the plan he designed to lure districts into reopening with billions of dollars in spending.

There was also a protest here at dozens of closed schools from parents who want to see them open. And Tuesday, San Diego Unified School District’s next superintendent, Lamont Jackson, and board president Richard Barrera spoke at a forum.

On the governor versus the Legislature: The Los Angeles Times wrote that Gov. Gavin Newsom was disappointed in the Legislature’s proposed framework for the budget that modified his proposal to provide incentives to get schools open. He wants schools to open now and would give them billions of dollars if they did.

But the Legislature wants to give schools the money even if they wait until the spread of the virus goes down much further. And the legislation allows schools to wait until all educators are vaccinated – the governor has warned that requirement will delay reopening and should not be required before schools open.

One of the state’s top legislative leaders is San Diego’s Sen. Toni Atkins, the Senate president. She said all they’re trying to do is keep the conversation going.

“Here are two truths — California’s students need to get back in the classroom, and there is no easy solution to getting them there in the midst of the pandemic,” she wrote in a statement.

Some schools are open now — private schools and several public school districts, including in San Diego County. But most of the larger districts across the state remain closed.

What the San Diego teacher’s union wants: The hardest part of all this for many parents, besides the challenge of educating them each day while also, often, maintaining a career and housework, is that we have no idea what we’re actually waiting for. What are the conditions and levels of vaccination that will allow them to open schools?

This week, though, the Politics Report obtained one clue. At this month’s meeting of the San Diego Education Association, leadership shared a graphic of their demands.

In short, they want to see the case rate go down to the red tier – which means fewer than seven new cases of COVID-19 per 100,000 people (we’re at 22 right now). They also want to have the right masks and protective equipment and they want to have fewer kids in small classrooms (which seems like maybe a big deal). Finally, they want teachers to be fully vaccinated, not just the first shot. On the same subject : First North County Vaccination Super Station Opens | Video.

That’s a steep hill but at least it’s a clear one.

The pressure for districts to find clarity like that is growing. Even Mayor Todd Gloria weighed in Friday.

“I’m calling on school districts to provide clear, specific timelines on getting kids back in the classroom. We need schools to reopen,” he wrote in a statement.

What the district is saying: Barerra appeared this week on a virtual forum on the topic hosted by Parents for Quality Education.

“I think we can be optimistic that the case rates will allow us to move into Phase 2. We are very blessed because our partnership with the city and County Board of Supervisors means we are confident we will begin to get our educators vaccinated as early as two to three weeks for now,” he said.

Phase 2 for San Diego Unified means that grades K-5 go back for half days just four days per week and higher grades go back just two days a week.

If Barrera is right, then by the union’s standard, they would have to get a second vaccine dose and then also wait for it to be fully effective — so as much as eight weeks from now. That’s late April or May. At that point, you only have a little more than a month before the school year ends. It does not restart until the end of August.

Meanwhile: The campaign to recall the governor is going to have a photo finish on its signature-gathering effort. They need almost 1.5 million and they have that many but, as we know all too well in San Diego, often signatures are invalid and you have to collect far more than the number needed to comfortably qualify for the ballot.

Former San Diego mayoral spokesman Ric Grenell, who was President Donald Trump’s ambassador to Germany, among many other roles, is actually preparing to run for governor in a recall campaign.

Also: Local Democrats were excited about Nathan Fletcher’s first State of the County speech as chairman of the Board of Supervisors because of its callout to labor unions and its list of progressive promises. Republican Supervisor Joel Anderson had only positive comments about the speech: “My partnership with Chairman Fletcher on transparency, closing down illegal pot shops and park funding in my district has already shown results for my district and county residents,” he said. “I look forward to working with him on a post-COVID economic recovery plan.”

And Carl DeMaio had this demonstration: Demanding schools and businesses be open, the radio show host also tried to rally support for the recall election and low-key for his friend Grenell.

Read also :
Philanthropy Roundup: August 2019
If you’re a philanthropist, your schedule might make it hard to keep…

WSJ: The U-T May Be Sold

Yeah, that was unexpected. The Wall Street Journal, which knows how to cover business issues very well, reported Friday that Dr. Patrick Soon-Shiong was considering selling the California Times, the company that includes the Union-Tribune and the Los Angeles Times. One of the suitors was the firm Alden Golden Capital, an investment group that “has sucked much of the life out of the newspapers it already owns in places like Denver and San Jose,” as Washington Post columnist Margaret Sullivan put it.

Soon-Shiong immediately denied the report and said he was committed to the Times. He omitted the Union-Tribune, which led to hours of anguished tweets from Union-Tribune staff. To see also : Farmers Want to Create San Diego’s Carbon Dumps — Voice of San Diego. But then he and his company clarified that neither paper was for sale. 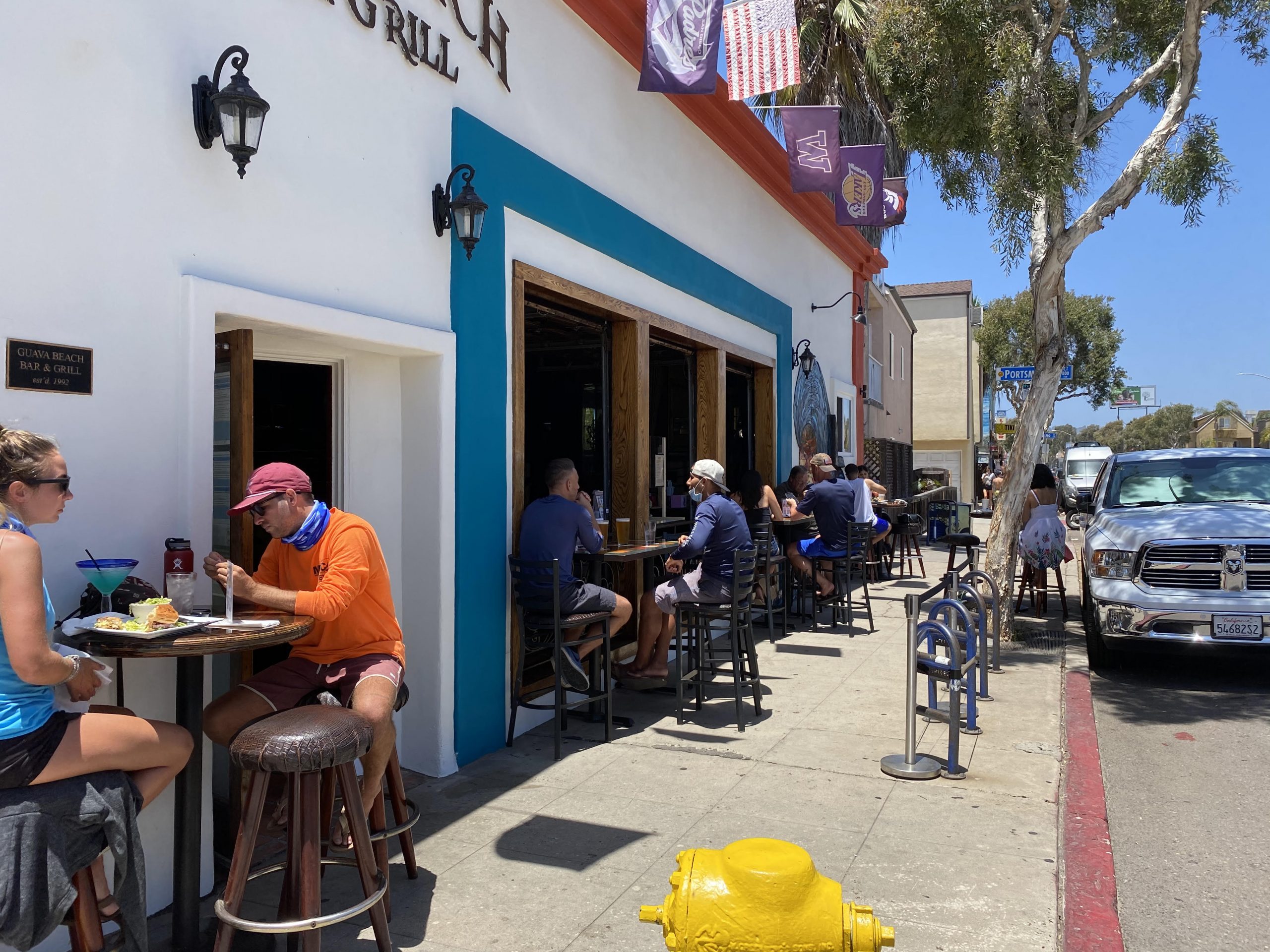 See the article :
San Diego Businesses Prepare To Reopen, Again
Credit: Courtesy of Eric Christiansen Above: Customers dining on the sidewalk in…

Wednesday at 5 p.m. Scott will be hosting a debate between the five candidates to represent the 79th Assembly District. 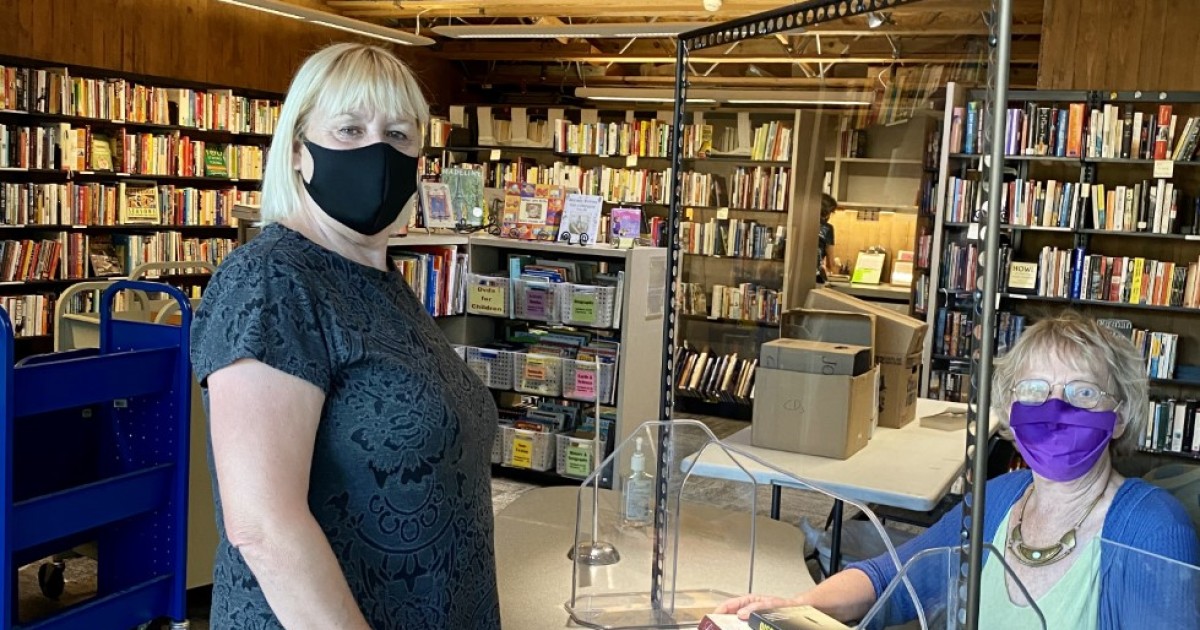 The Rules of the Local Recall

We ran across an interesting quirk this week in the recall rules in the city of San Diego. On the same subject : Parents located after child found in Vista, San Diego County Sheriff’s Department says. The rules are suddenly relevant as the effort to oust Council President Jen Campbell moves forward.

First, what you gotta know: Like many cities, San Diego has its own campaign finance law. Candidates for office in the city, for instance, can only accept contributions from real people – not corporations or trade groups or labor unions. And there are donation limits that depend on whether the candidate is running for a Council seat, or a citywide office. People who support a candidate, however, can form a separate committee free of those restrictions, known as an independent expenditure committee.

The recall rules: But we also have ballot initiatives. The groups who support or oppose a ballot initiative have different requirements than candidates for office. They’re allowed to collect larger donations and get them from groups or corporations.

The city of San Diego treats a recall election like a candidate election. The state, meanwhile, treats them like ballot measure elections. In other words, Campbell is subject of a recall right now, as is Gov. Gavin Newsom, but they’re dealing with slightly different rules.

Campbell, in attempting to defend herself from the recall, will be subject to all the requirements of any other candidate seeking office. She won’t be able to take donations of more than $650, and they’ll have to come from real people (with one exception: political parties can contribute up to $11,850 to a Council member facing a recall, according to city regulations).

Here’s the twist: The committee urging District 2 residents to vote “yes” on recalling Campbell will be treated like an independent expenditure committee, meaning it’ll be able to take donations in excess of campaign limits, and from anyone.

In other words, Campbell’s committee opposing the recall will face a different set of campaign finance restrictions than the committee supporting the recall. If it qualifies, the recall will be on the ballot as two questions: a yes or no choice to knock Campbell out of office, and then a list of names vying to replace her that will only matter if the answer is “yes.”

Those candidates will have to run under the same set of campaign finance restrictions as Campbell.

That said, Campbell’s supporters would still be allowed to form an independent expenditure committee of their own to bolster the recall opposition. But that group would be restricted from coordinating with Campbell’s campaign.

Speaking of which: We confirmed this week that Dan Rottenstreich, a go-to Democratic campaign consultant, has signed on to run Campbell’s campaign. He said he’s filed the paperwork to open two committees, one as her formal 2022 re-election campaign, and one to oppose the recall. Rottenstreich has steered successful runs for City Attorney Mara Elliott, County Supervisor Nathan Fletcher and Councilwoman Marni Von Wilpert, among others.

The “yes” campaign, meanwhile, has brought in Bridger Langfur, a former City Hall staffer for Councilwoman Barbara Bry and a campaign aide to County Supervisor Terra Lawson-Remer, as its campaign coordinator. That campaign will begin collecting signatures on Feb. 24 and will have 99 days to do so.

Gary Gartner, a District 2 resident and party activist supporting the recall, said he expects the City Council’s vote on proposed regulations of short-term vacation rentals next week to motivate district residents to get involved in the campaign.

“In general, a recall is a drastic step to take, and some people say, ‘Why not wait until next June when there’s an election?’” Gartner said. “But then she’d still be in office almost two more years until December 2022 … from the height limit that passed citywide but not in District 2, there have been so many missteps from her where she’s not listening to her constituents.”

Also: Rottenstreich confirmed that he is the new political consultant for District Attorney Summer Stephan, who won her race to be the county’s top prosecutor in 2018 as a Republican but left the party in 2019 and is now an independent. She’s up for re-election in 2022.