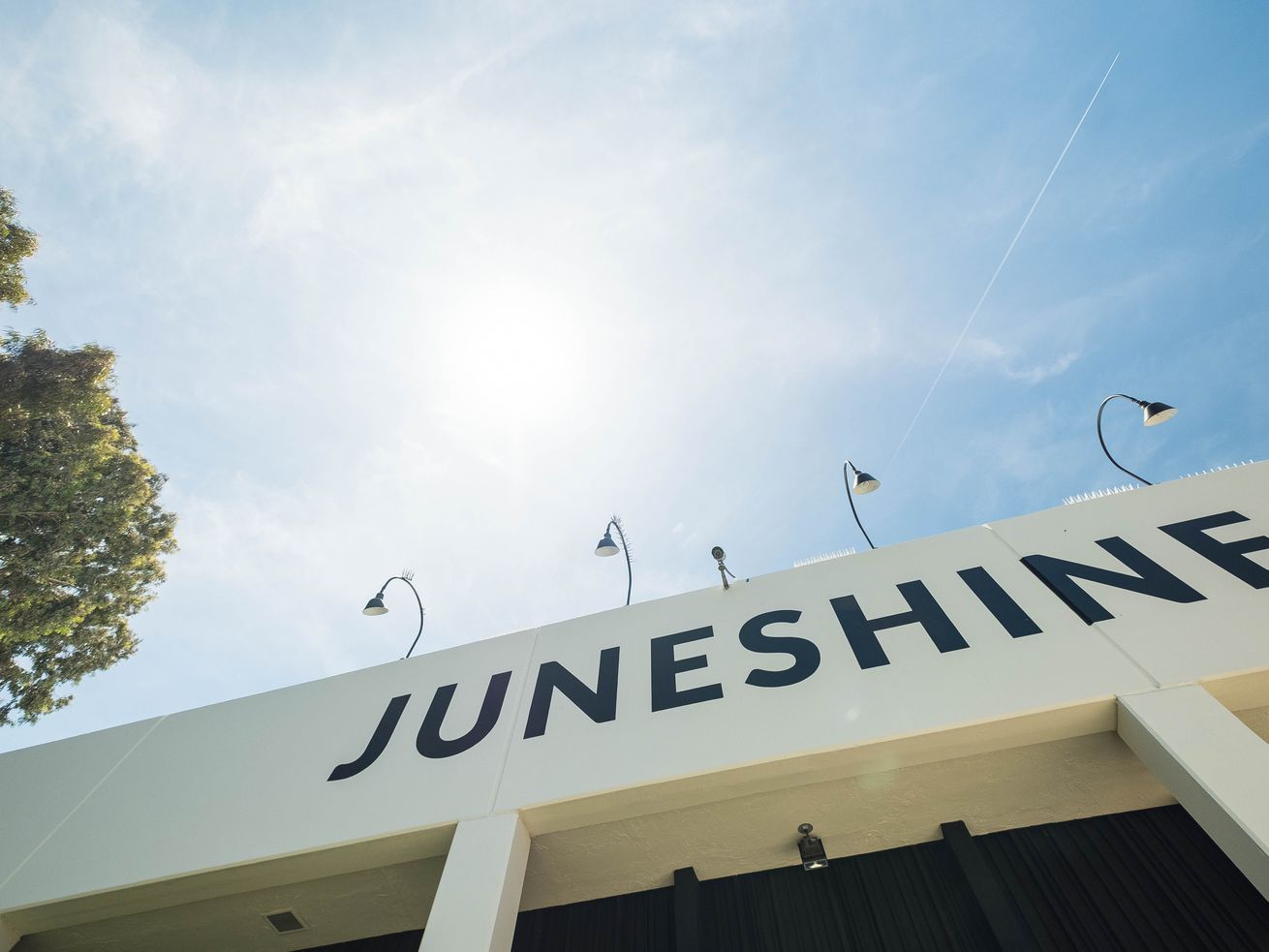 On the cusp of its first anniversary, organic hard kombucha company JuneShine is unveiling a major expansion that has reactivated a historic space out of local beer lore; Ballast Point Scripps Ranch, more commonly known as Old Grove, is now JuneShine Ranch, a new 25,000-square-foot production facility and tasting room that will grand open this Saturday, June 15. Chef Lando will be sampling bites from Enclave’s menu at JuneShine’s Saturday grand opening, which will see the release of a new hard kombucha flavor for its anniversary — Passion, made with passionfruit and butterfly pea flower tea. From 2 p.m. to 9 p.m., the tasting room will also be hosting food trucks and live music.
JuneShine is now distributed throughout California and the Pacific Northwest and soon to be in Austin, New York, and Hawaii, so its acquisition of the Scripps Ranch facility is the ideal turnkey space for quickly ramping up production. Overseen by head brewer Greg Peters, the 200 barrel brewhouse has undergone modifications for hard kombucha, including the addition of new infusion tanks for the honey-fermented green tea that is the base of its 6.0% ABV hard kombucha. Popular flavors include Honey Ginger, Blood Orange Mint, and Acai Berry.
The 1,700-square-foot tasting room at JuneShine Ranch includes a 980-square-foot patio; designed by Solstice Interiors, it features 56 taps that will start by pouring at least 15 to 20 flavors of hard kombucha. Operating Sunday to Thursday from 11 a.m. to 9 p.m. and Friday and Saturday from 11 a.m. to 11 p.m., it will be adding a kitchen component later this summer. Run by culinary partner Chef Lando of Enclave, it will offer a global menu based on superfoods, from bowls to salads and wraps, with options for every type of diet. When the eatery opens, the tap room options will expand to include biodynamic wine, craft beer, sake, and mead.
JuneShine reveals its new tasting room and production facility
Founded in June 2018 by USD grads Greg Serrao and Forrest Dein, JuneShine began as a startup in North Park’s Brewery Igniter hub. The existing 2,500-square-foot North Park brewery will shift to focus on research and development, specializing in experimental hard kombucha flavors including a “farm-to-booch” series featuring local produce.