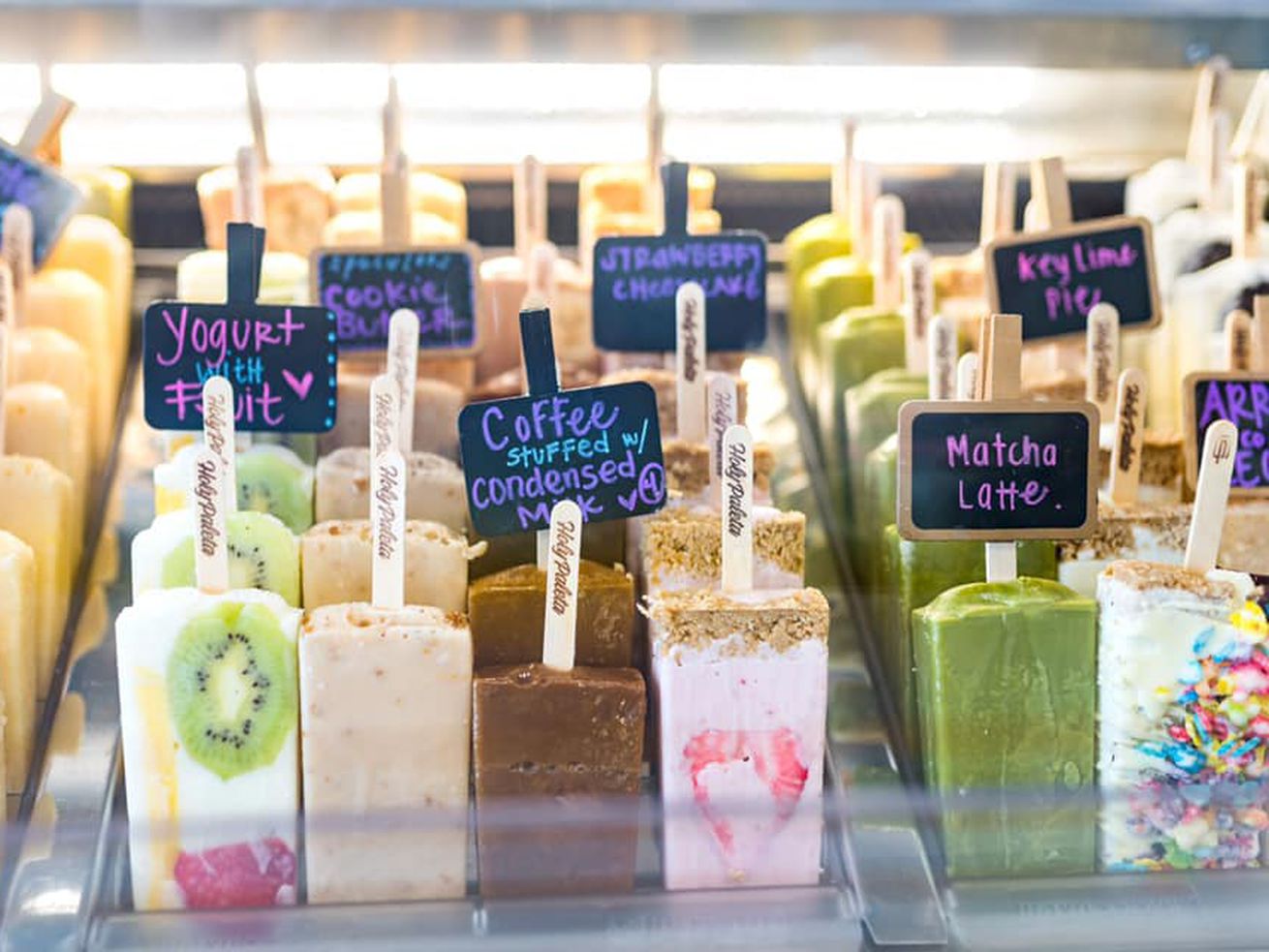 This paleteria will be the Bonita-based company’s second storefront and will feature more guest seating than its first location. The menu will offer the same range of popsicles as its parent store, from vegan-friendly, fruit-based pops such as chamango on a stick, tamarind, and strawberry mojito to dairy-based flavors including chocolate milkshake, strawberry cheesecake, and creamy avocado; there are even pops filled with Nutella or condensed milk. Other options will include a cold brew coffee and horchata paleta pairing for caffeine lovers and pupsicles for your four-legged companions. The upcoming India Street expansion was announced through a social media campaign showing several local landmarks, from Sunset Cliffs to the South Bay, which asked followers to guess which neighborhood would be home to the new shop.
Holy Paleta is heading to India Street
For the grand opening, slated for this August, head chef and owner Angelica Gonzales will be concocting several new flavors.
Dessert choices in Little Italy are about to get a lot more colorful with the arrival of Holy Paleta, a shop focused on hand-crafted frozen popsicles modeled after the classic paletas found in the Michoacan and Jalisco states of Mexico. Holy Paleta puts its own twist on the frozen treats by offering optional drizzles of chocolate and other sweet toppings.