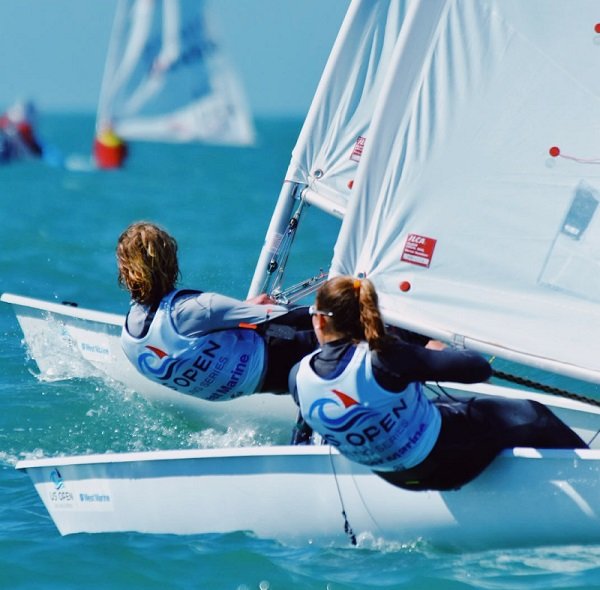 Processed with VSCO with au5 preset

The West Marine US Open Sailing Series launched in January with a big splash in Florida over three events at major sailing venues in Fort Lauderdale, Miami, and Clearwater. This new US Sailing racing series resumes this weekend in San Diego, a historically popular sailing location with Olympic sailing roots.

West Marine US Open Sailing – San Diego is hosted by the San Diego Yacht Club and Southwestern Yacht Club on Saturday, June 12 and Sunday, June 13. The San Diego event is the first of three stops in California as part of the series. Following the stop in San Diego, the series heads North with events in Long Beach in July and San Francisco in August.

“We are excited to continue the series as the summer tour in California gets underway this weekend in San Diego,” said Leandro Spina, Olympic Development Director at US Sailing. “It’s great to be working closely with local sailing community here in San Diego who are committed to Olympic sailing. There is a collection of good, young athletes from the Olympic Development Program and also from the local community who are competing in the series.”

“We have been running Olympic-class regattas like this for years, and we welcome the collaboration with US Sailing,” said Susi Graf, regatta chair at the San Diego Yacht Club. “As part of the West Marine US Open Sailing Series we are benefiting from the overall organization of the series in many ways: sponsorships, marketing, technical expertise, equipment and more. Going forward, our event will just get bigger and better as we all work together towards the 2028 Olympics in Los Angeles.”

MarkSetBot, a revolutionary new race committee tool that increases the accuracy and efficiency of mark setting, is a supporting sponsor for the three West Marine US Open Sailing Series events in California. They are providing MarkSetBot devices for all three of these events.

Fetter is a two-time Olympic medalist and four-time Rolex Yachtswoman of the Year award winner. Samantha Gardner and Alice Schmid are competing at West Marine US Open Sailing – San Diego and Diego Escobar is coming off the pre-US Open Olympic Development Camp.

To learn more about the West Marine US Open Sailing Series and to follow all the action in 2021, visit usopen.ussailing.org.