In the waning hours of his term in office President Donald Trump issued a sweeping array of pardons and commutations to politicians, white collar criminals, former associates, and well-connected lobbyists.

The list ranged from the well known to the obscure. It included former Trump strategist Steven Bannon, former top fundraiser Elliott Broidy, and — of acute interest to San Diego — former Republican congressman Randall “Duke” Cunningham, who received a partial pardon for his 2005 guilty pleas to accepting bribes. The rapper Lil’ Wayne got one, so did a friend of presidential son-in-law Jared Kushner and the ex-husband of Fox News host Jeanine Pirro.

And buried deep within the list of 76 commutations issued by Trump was one name of another San Diego County resident, nowhere near as famous as Cunningham, Bannon, or Lil’ Wayne:

After serving barely more than half of a 26-month sentence in federal prison for her role nine years ago in a scheme that illegally relabeled 5-hour Energy bottles, and manufactured and sold millions containing a bogus concoction of the drink, the 50-year-old Shayota regained her freedom with the stroke of a presidential pen.

In a brief statement the White House gave a few reasons: the commutation was supported by Chula Vista Councilman John McCann and others in the community, Shayota had no prior convictions, she was a mother and woman of faith — and she had “mentored those who wanted to improve their lives and demonstrated an extraordinary commitment to rehabilitation.”

But how Shayota, one of more than 151,000 inmates in the federal prison system, was selected for such extraordinary benefit is not very clear.

McCann said he was asked by Shayota’s brother, who McCann said he knew from high school, if he would support the request for a commutation. He did so, but said he did not play a leading role.

“I don’t know if I did very much at all,” McCann said.

The lawyer who defended Shayota during a years-long legal battle said he, too, was surprised Trump commuted her sentence. So was the attorney for the law firm hired by Living Essentials, the company that makes the energy drink and unraveled the counterfeiting process anchored out of the Otay Mesa-based business run by Shayota and her husband, Joseph.

It’s unknown if the commutation went through normal channels at the Department of Justice Office of the Pardon Attorney. The Trump administration was known for eschewing that office and those channels, instead favoring a more direct appeal to the White House.

Prosecutors with the U.S. Attorney in San Francisco, which brought the case against Shayota, her husband, and nine others, did not respond when asked if they were consulted on issuing the commutation. That often happens when the request goes through the DOJ. In Cunningham’s case, prosecutors who worked on his case 15 years ago and still are in the DOJ were asked about the pardon.

A pardon forgives someone for a crime, while a commutation only reduces the sentence. Records of pardons and commutation requests — such as reports, letters, even who made the request — are not public records, a DOJ spokeswoman said last week.

Geoffrey Potter, the lawyer for Living Essentials, said commuting Shayota’s sentence “makes a mockery of our criminal justice system.” Potter was the lead lawyer in a civil lawsuit against Baja Exporting, the Shayotas’ company, and others that ended with a $6 million settlement.

Shayota herself could not be located for comment. Messages left with her brother Andres Camberos — who McCann said initially contacted him — were not returned.

In the criminal case against the Shayotas in 2016, prosecutors charged the couple with conspiracy to traffic in counterfeit goods and conspiracy to commit criminal copyright infringement. To see also : Measuring Quality of Life in San Diego County. They said the 5-hour Energy scheme was not the first time the couple had engaged in counterfeiting products with their company.

In a court filing prosecutors rattled off name brands — Equal, Splenda, Uncle Ben’s Rice — that the company had repackaged or otherwise falsely peddled in the past. They were once sued by the makers of Monster energy drinks for diverting that product, which was intended to be sold in Mexico, back into the U.S., according to court records. That diversion scheme was also used for products made by Welch’s and Motts, the filing said.

The work was lucrative. The Shayotas lived in a 7,000 square-foot house in El Cajon, complete with a swimming pool and basketball court. There was a fleet of expensive autos: a Ferrari, two Mercedes-Benz cars, three Range Rovers, a Bentley.

In a ruling last May that denied Joseph Shayota’s request to be released from his sentence early — it is not known if he sought a commutation, too — U.S. District Judge Lucy Koh, who presided over the trial, said the couple had assets of $16 million and a net worth of $12.5 million.

The roots of the 5-hour Energy case began in 2009, when Living Essentials agreed to sell the drink to Baja Exporting for sale in Mexico. The price was discounted from the U.S. price, in order to sell in the less lucrative Mexican market.

But sales did not go well, and in 2010 the agreement between Living Essentials and the Shayotas’ company was called off. That left Baja Exporting with 350,000 bottles of the drink, each with labels in Spanish.

At that time Joseph Shayota led the efforts to relabel the drink with counterfeit English labels, and resell the product back into the U.S. — at the price for the U.S. market. Potter said the effort included removing the Spanish labels with razor blades, then slapping on what Potter said were authentic-looking English language labels.

After selling out that stock, a more ambitious plan took shape, court records say. Working with several others, who also were charged and eventually pleaded guilty, the company began making a concoction in an ad-hoc manufacturing and bottling operation across the border.

The drink did not resemble 5-hour Energy, which is a mix of caffeine and vitamins, Potter said. It was produced in unsanitary conditions in a warehouse in Mexico with no supervision or quality control, then sold into the U.S. to unsuspecting consumers.

The bogus bottles bore fake labels with fictitious lot numbers and expiration dates, and were sent in faked display boxes.

The scheme went on for most of 2012. In all, they sold 3.7 million bottles of fake drink, which at the estimated retail price of $2.99 a bottle came out to a total take of $11.3 million, court records say.

5-hour Energy hired a law firm and investigators and eventually traced the scheme back to Baja Exporting at a cost of more than $3 million. They took the case to federal prosecutors who in 2015 indicted the Shayotas and nine others. It was billed as the first criminal prosecution of counterfeited food or beverage in the U.S.

The couple were the only ones who went to trial; the others pleaded guilty. Adriana Shayota contended that as the accountant of the company she knew little of her husband’s larger schemes.

“All the evidence is that she was not being told the entire story by the people around her,” said San Diego lawyer Joseph McMullen, who represented her at trial.

While prosecutors acknowledged that she her part was less significant than her husband, they also argued in a memo prepared for her sentencing in 2017 that she “played an important part of the conspiracy as the owner and bookkeeper of Baja Exports (sic)…”

They noted she approved wire transfer payments to fund the scheme and, in November 2012 when Living Essentials closed in, she transferred $2 million out of the company account to a second account.

Prosecutors sought a 6 ½ year sentence. But the judge, citing Adriana Shayota’s minor role, gave her the shorter 26-month term. The couple appealed the verdict for another two years and eventually lost. Adriana Shayota headed to prison in December 2019. 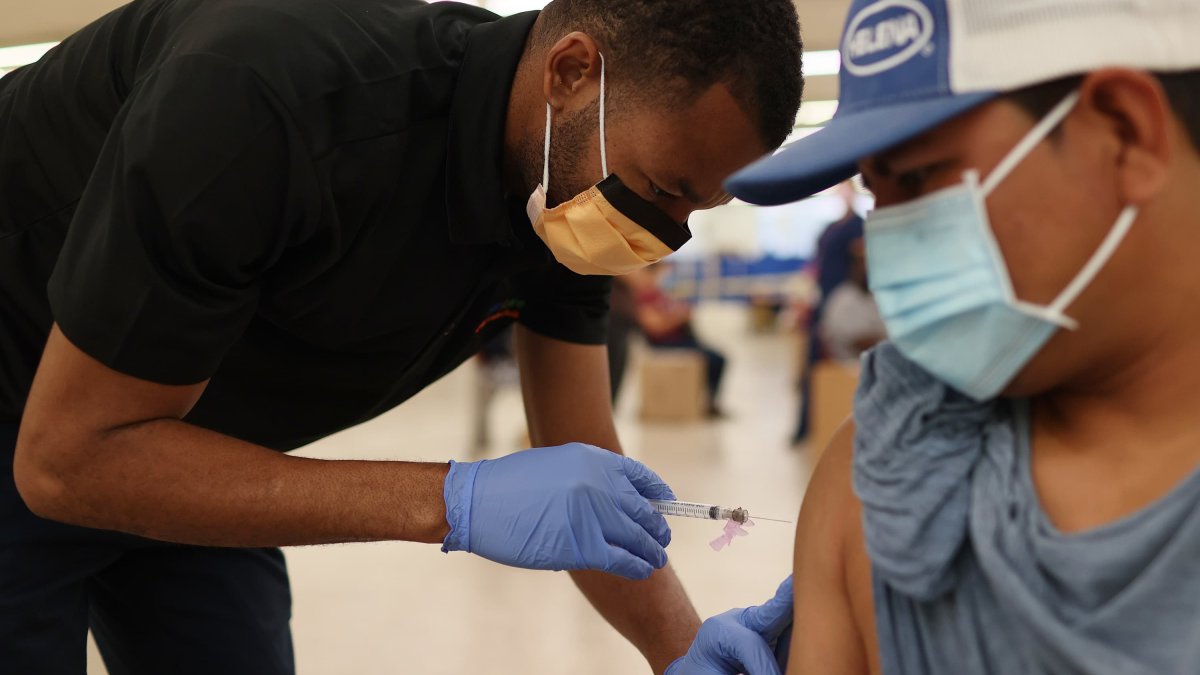 Read also :
75% of Eligible San Diegans Receive at Least One Dose of the COVID-19 Vaccine – NBC 7 San Diego
Seventy-five percent of San Diegans, 12 years and older, have received at…

McMullen said while he was not expecting Trump to commute Shayota’s sentence, he welcomed it. “She’s deeply caring about other people,” he said. See the article : Trendy Los Angeles Brunch Haunt Hits Little Italy. “She’s a very deserving recipient. And the outpouring of support from her does not surprise me at all.”

The court file for her sentencing contains nearly three dozen letters from friends and family attesting to her generosity. Among them is a letter from Marco Garmo, a former San Diego sheriff’s captain now awaiting sentencing after pleading guilty to illegal gun sales last year, who wrote for the 2017 sentencing hearing that Shayota “is without a doubt an outstanding mother, wife and friend.”

The White House statement on the commutation referenced McCann and “other community leaders” though it did not specify anyone else. In an interview, McCann said he was contacted by Andres Camberos, the brother of Adriana, and asked if he would support a commutation request.

McCann said he knew Camberos from high school, and after researching the case he concluded he could.

“I believe she got caught up in something she did not fully know about,” he said. He described her as “an incredibly good person” deserving of a commutation.

Camberos did not respond to several messages seeking comment. He’s a businessman in Chula Vista himself. In November, his Grasshopper Delivery became the first commercial cannabis business approved to operate in the city.

The praise for Shayota did not convince Potter, the lawyer for Living Essentials, who said the Shayotas’ counterfeiting operation harmed the company and put consumers at risk. He said the Shayotas fought the charges all the way to the end, and also ended up getting a considerably lighter sentence than what the government sought.

He scoffed at the notion that Shayota had distinguished herself while in custody. “She wasn’t in prison long enough to be helpful, ” he said.

And he said he never bought the idea that Shayota was simply the accountant who did not know the extent of the scheme.

“She was more than just the bookkeeper,” he said. “She served as the CFO and banker, and then was engaged in the sales and distribution of the counterfeiting. She was involved in all facets of it.”

McCann said Shayota’s family is “ecstatic” that she is home. Joseph Shayota remains in prison, serving a seven-year sentence.

Court records in San Diego show that in July 2019, a few months before she began serving her sentence, Adriana Shayota filed for divorce. 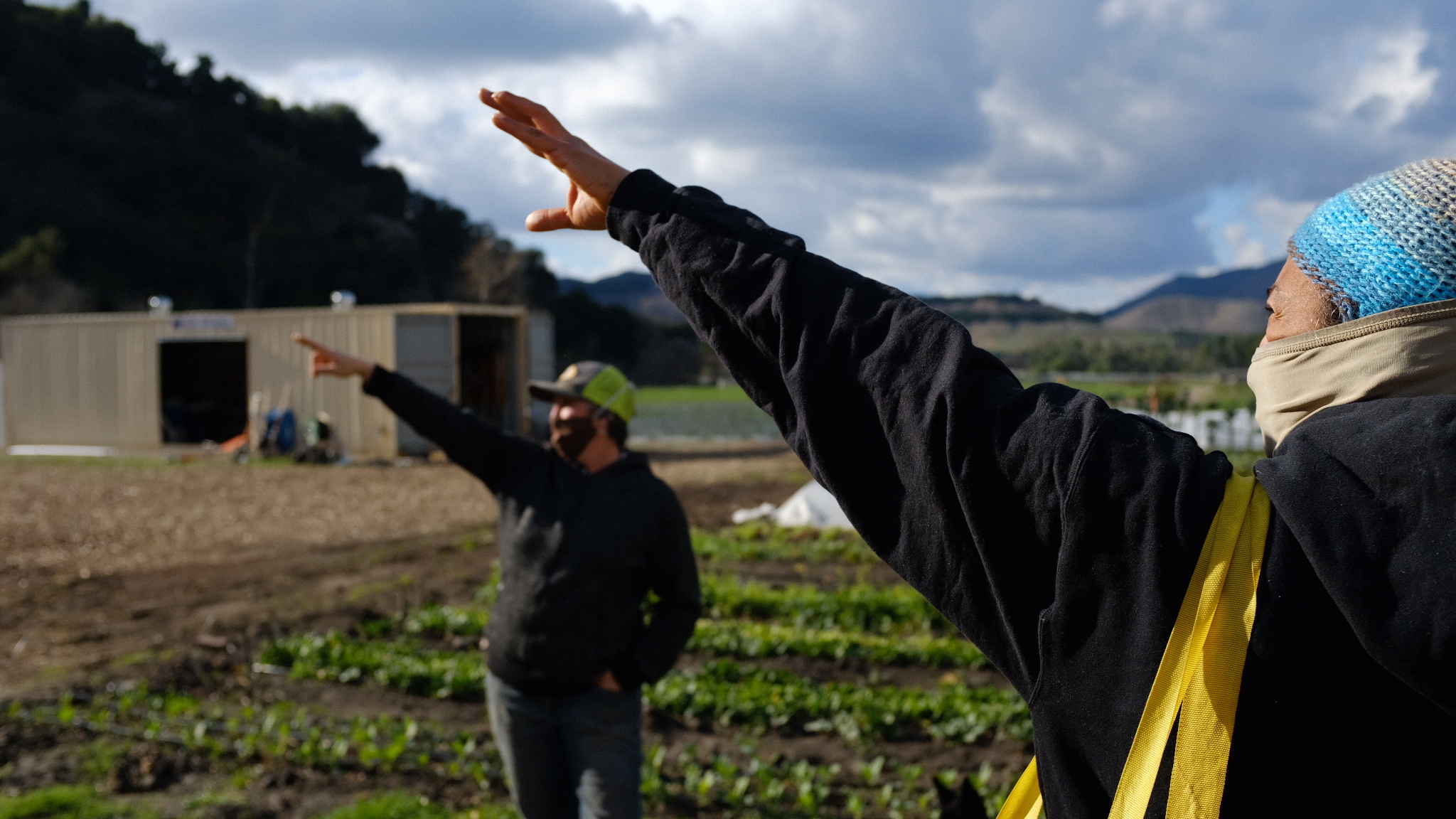