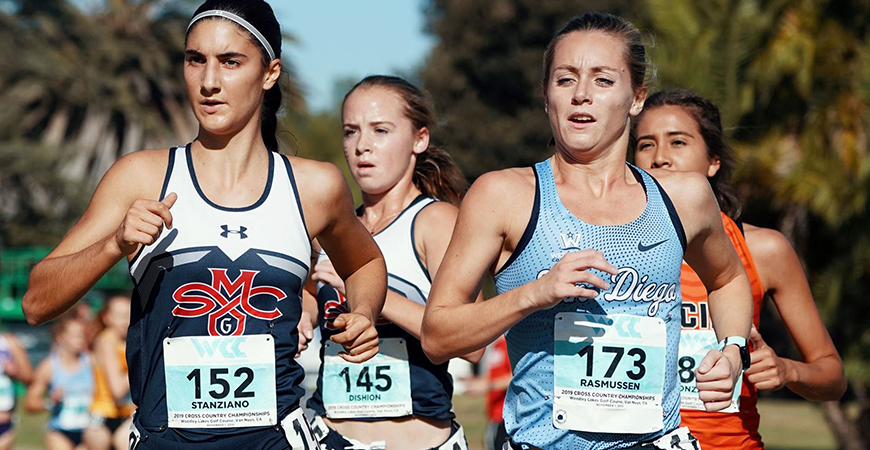 Catch up on some of the athletics news from this week. For more USD Athletics updates, please visit usdtoreros.com.

Showcasing another level of Winning in the Classroom, over 100 scholar-athletes earned the distinction of President’s Honor Roll from the University of San Diego for the 2020-21 academic year after earning a 3.5 grade point average or higher. The group of scholar-athletes represented all 17 USD Athletics teams and marked the most on the honor roll since 2013.

San Diego women’s track will round out its 2021 campaign with a trip to Azusa, Calif. as five runners are set to compete in the Last Chance Twilight.

The meet will be highlighted by the 1500m as seniors Sera Parvin, Jessica Ong and Hannah Rasmussen are set to compete. Both Ong and Parvin have broken school records this season as Parvin broke the 800m earlier in the spring, before Ong earned a new record last weekend.

Along with the senior trio, Meghan Rotter will compete in the 200 and 400m at the Last Chance Twilight. Rotter is coming off a new personal best of 59.96 in the 400m.

Gianna Sbarbaro will look to continue her historic spring season in the 10,000m as she will look to qualify for NCAA Regionals in the event.

Madison Earnshaw was named the West Coast Conference Pitcher of the Week, the conference announced on Monday. The weekly honor marks the second of Earnshaw’s career and the second time a USD pitcher has been honored this season.

Over the 2021 campaign, Earnshaw has been a workhorse in the circle for the Toreros with 22 appearances on the year and 19 starts. She ranks first on the pitching staff in innings (116.1), complete games (11), shutouts (3) and strikeouts (66).

San Diego’s Kevin Glajchen was selected to the 2020-21 Stats Perform FCS All-America Second Team, as announced Monday by the organization.

Glajchen adds to his long list of accomplishments in a dominant senior campaign, after being named the Pioneer Football League’s Defensive Player of the Year and an All-PFL first team selection.

A redshirt senior defensive tackle, Glajchen registered 27 tackles and led the team with 8.5 tackles for loss and 6.0 sacks in six games. Glajchen also ranked tenth in the nation in sacks (1.0 per game) and 29th in tackles for loss (1.4 per game).