Cindy Marten has had a career path like few others. She started as a teacher, then became a principal and the superintendent of California’s second largest school district. She’s now in line to become the Biden administration’s deputy education secretary.

Her rise reflects the changing politics of the last couple decades when it comes to schools. Just as Marten foretold when she took over San Diego Unified, liberals have moved away from charter school-heavy reforms and strategies like merit pay, in favor of a public school system led by educators instead of reformers.

She was known for her high-minded rhetoric.

“Marten embodies a new guiding principle in national education politics: The way to a better public school system does not lie in criticizing its faults, but relentless positivity about its promise,” Will Huntsberry writes in a new story.

Now as her tenure comes to a close in San Diego, she can make credible claims of academic progress, but the achievement gap remains just as real as ever and the suspension rate of Black students is largely unchanged.

Under Marten’s leadership, the district came up with a dozen indicators of a quality school, but the metrics that might be used to judge success never materialized.

The San Diego County Water Authority thinks demand for water will keep growing over the next few decades. Read also : Vaccine clinics planned for rural communities. The smaller water agencies across the county that buy water from the Water Authority think we’ll need much less. What gives?

In a new story, MacKenzie Elmer examines the disparity and why the Water Authority is projecting far more water usage than the other groups.

The Water Authority, for its part, disputes that its projections are as far off from its member agencies as some of those agencies are claiming. But the smaller agencies think water-saving habits and strategies adopted during the last major drought are here to stay, and that Californians simply don’t need and use as much water as they did once.

“We used to have the philosophy of just building supply (pipes, pumps and reservoirs) to meet demand,” said Ellen Hanak, vice president and director of the water policy center at the Public Policy Institute of California. “But demand has come down every year (in Southern California) since 2000 despite population growth.” 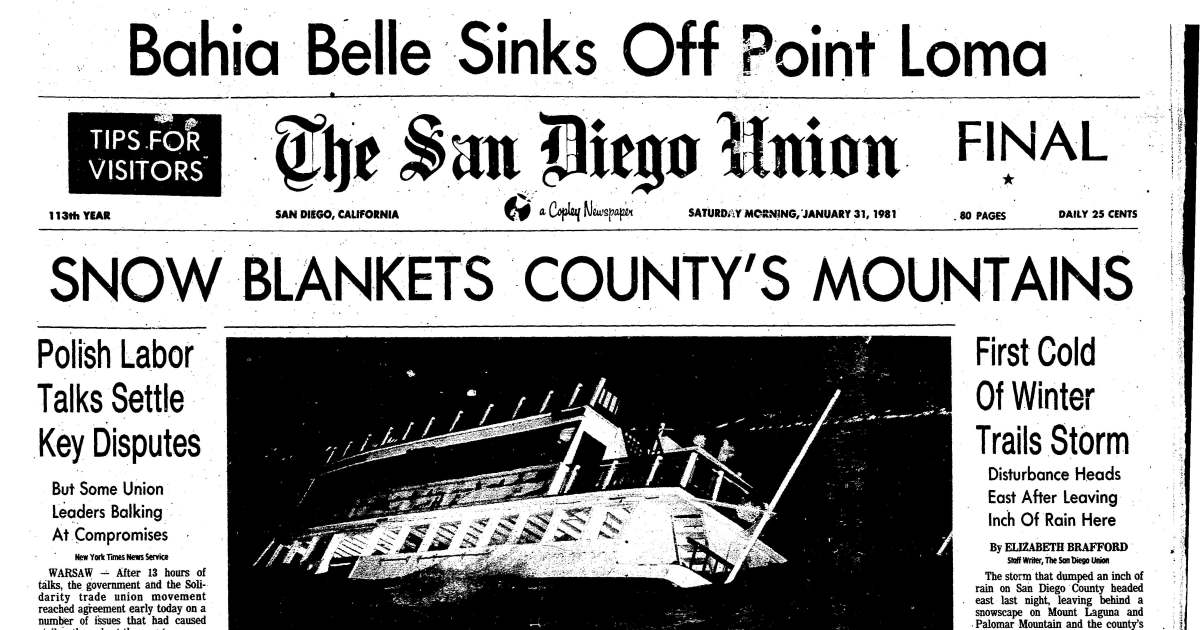 See the article :
From the Archives: The sinking of the Bahia Belle
Forty years ago a pleasure cruise around San Diego Bay ended with…

State lawmakers are zeroing in on police reform this session, with a pair of competing bills seeking to raise the standards for recruitment and hiring. Both are guided by the belief that more education will make for better cops, but they differ in whether college degrees should merely be incentivized or an actual requirement.

In the meantime, California’s Little Hoover Commission, an oversight agency, is taking a fresh look at training because there’s admittedly little evidence to show what actually works and what doesn’t. To see also : Recall campaign for council president will go live Wednesday. The state sets minimum requirements for hiring but questions of tactics are left to individual departments.

There was also a debate last week over whether police in San Diego deserve to be vaccinated before others. County Supervisor Joel Anderson made the case that police should, but a majority of his colleagues on the Board of Supervisors shot him down.

In a sensible world, the same U.S. government that heavily subsidized research (to the tune of nearly $1 billion) would have allowed for the mass production of the vaccine to speed up the distribution and end this daily, waking nightmare. Instead, we’ve been forced to ration the supply available to us and come up with lists of who’s more worthy than others.

On the podcast, hosts Andrew Keatts and Sara Libby try to ascertain why a relatively small group of people — the cops — would have any major impact on the county’s vaccine inventory. They also walk through the effort to oust Council President Jen Campbell (hint: vacation rentals are a big part of it).

The Morning Report was written by Jesse Marx, and edited by Sara Libby. To see also : Supervisors seek $30 million for small businesses. 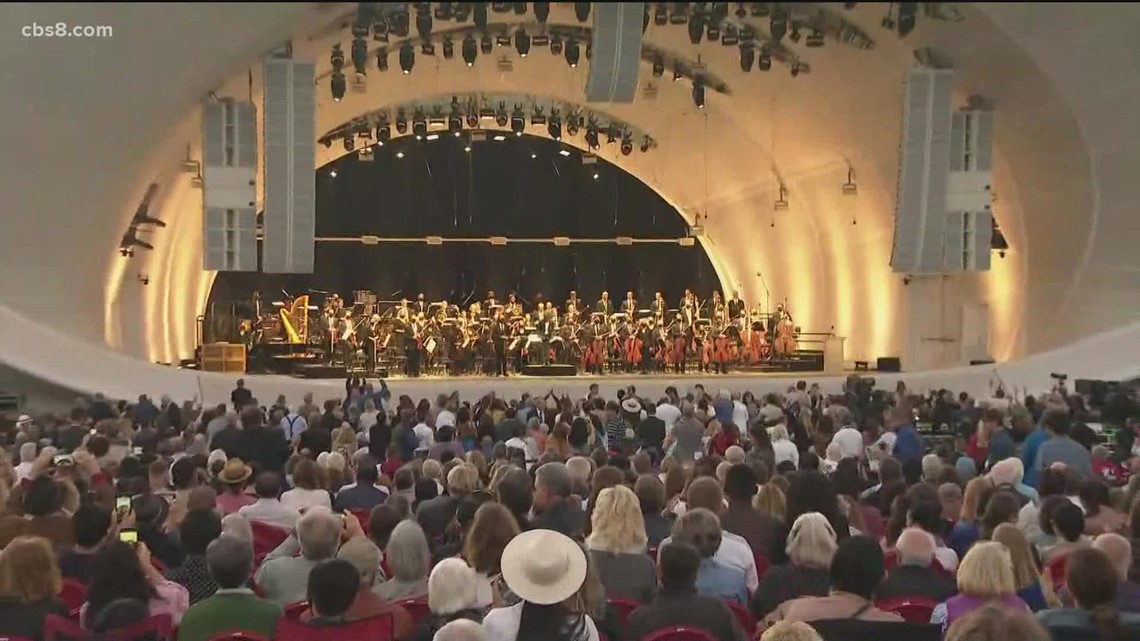 To see also :
San Diego Symphony kicks off opening weekend
One of the highlights from Friday night’s grand opening show is Rafael…