Back when San Diego Unified School District campuses were open, a student with disabilities at Zamorano Elementary had recently lost his father and was having a hard time making friends.

Area Superintendent Lamont Jackson visited Zamorano and, as he was about to leave the school, students stood at the gates and waved, saying “Goodbye Dr. Jackson!” On Jackson’s way out, the boy who was having trouble making friends told Jackson he liked his tie.

Jackson took his tie off and put it around the boy’s neck for the boy to keep. Principal Derek Murchison took a picture.

Principals who have worked for Jackson say he consistently shows a personal interest in equity for students. He asks probing questions and listens rather than just telling people what to do. And he has been known to cry with them sometimes.

Jackson will likely be the head of California’s second-largest school district as interim superintendent. He was picked to replace current Superintendent Cindy Marten if she is confirmed as U.S. deputy education secretary. Jackson will lead the district through the rest of 2021, officials said.

Jackson recently promised the school board that under his leadership, the district will stay focused on equity, diversity and inclusion.

“We are not going to be apologetic in the least,” Jackson said during a January news conference.

Like Marten, Jackson has said he will only reopen schools when community coronavirus case rates have fallen enough to make it safe. The district will follow the advice of a panel of experts at UC San Diego.

“We want to do that as soon as possible,” Jackson said of reopening. “But we also know that we’re committed to this community and we can’t put our families, our students and their lives in danger when it is not safe.”

Several principals said they think Jackson’s character and leadership are strong attributes; they believe he should be hired as Marten’s permanent replacement.

“He’s been on the path to being a superintendent his whole career,” said Donis Coronel, executive director of San Diego Unified’s administrators union, which includes principals. “I think we have a good candidate right under our nose here.”

The San Diego Unified board has said it will conduct a transparent superintendent search.

Jackson grew up in San Diego, attended district schools and graduated from San Diego State University with a bachelor’s degree in sociology and social sciences. This may interest you : Theater Notebook: Cygnet rolls out its next Finish Line play commission ‘Run/Fire’. He also holds a master’s degree and a doctorate in educational leadership from the University of San Diego.

He has said he earned the doctorate in 2016 to honor his late father and his two teenage sons.

Jackson was recruited by San Diego Unified to become a teacher through a former program meant to diversify the teaching pool. He started working for the district in 1998 as a teaching assistant and head girls basketball coach at Clairemont High, where he helped establish a support program for historically disadvantaged students.

He went on to become a middle school teacher, then a principal at three middle schools. He was hired into the district’s central office as a human resources staffing administrator, then chief human resources officer from 2010 to 2013, when Jackson oversaw hundreds of layoffs made to address budget deficits.

For the past eight years, Jackson has served as an area superintendent, overseeing primarily the elementary and middle schools in the Morse, Mira Mesa, Clairemont and University City high school clusters.

“He knows this district inside and out,” said Bob Turner, a parent and longtime chairman of the Mira Mesa cluster who also was Jackson’s neighbor.

As area superintendent, Jackson led the implementation of a new teacher evaluation process that is meant to be less punitive and more constructive for teachers’ improvement. Under the new process, instead of just having an administrator observe an educator’s teaching and write an evaluation, teachers pick an aspect of their work they want to improve and their principal works with them to help them grow in that area, said Cynthia Larkin, principal of Morse High.

Jackson also has helped implement the district’s “calls to action” to improve equity for certain student groups, particularly Black students. Larkin said she has heard Jackson speak about his experiences as a Black man in America and about why schools need to focus on lifting up Black students.

“He definitely spoke eloquently about it and was very vulnerable about the need for us to really move forward and do what is right for Black students,” Larkin said. 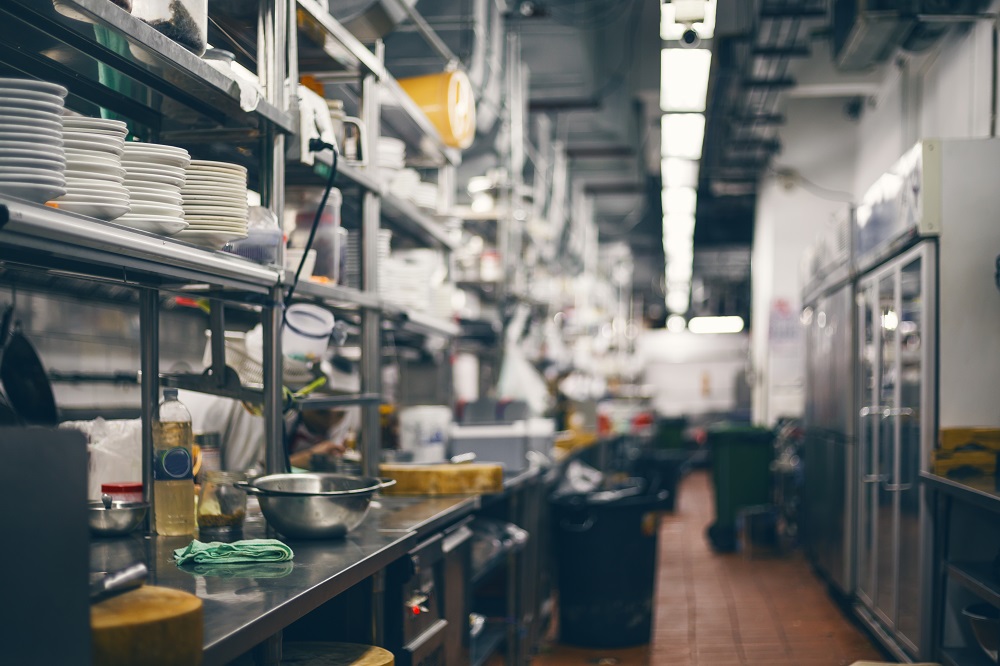 Read also :
What We Learned This Week
Image via Shutterstock For months now, San Diego restaurants have been complaining…

Jackson remembers small details about the many people he meets and works with, Murchison said. This may interest you : UC San Diego will open a COVID-19 vaccination superstation on campus next Monday. For instance, he remembered that a school secretary at Zamorano likes the Green Bay Packers and that Murchison’s favorite team is the Pittsburgh Steelers, so when the Steelers lost a playoff game, Jackson called Murchison to joke with him about it.

Jackson frequently has said his guiding philosophy comes from an African term, “ubuntu,” which means, “I am because we are.” It emphasizes that a person’s sense of self is shaped by his or her relationships with others.

“That’s how he leads, knowing that we can’t achieve great things in isolation, that we have to empower people around us to be their full selves,” said Justin Phillips, principal of Walker Elementary. “He’s a leader that … wants to be known and wants to know you … because everything we do in education comes from and through relationships.”

Jackson has cried with principals when they were having deep conversations about who they want to be, when their work got difficult or when he and his team had something to celebrate, like when one of his principals was recently named elementary principal of the year.

“It’s cool to see that, and it opens up the doors for the rest of us to be the vulnerable people we need to be to do this type of work,” Murchison said.

Principals say Jackson is a frequent visitor at schools, where he takes time to get to know students and staff. When he visited Zamorano, Jackson sat cross-legged next to students and talked with them, Murchison said. He has helped in the school yard with recess duty and helped serve food at barbecues for students’ families.

Once when Jackson visited a classroom, he put a unicorn barrette on his head — even though he’s bald — to make the kids smile, Murchison said.

“The kids get a kick out of him,” Murchison said. “They see him as a person coming to help.”

Challenger Middle School Principal Erik Sullivan said Jackson called him in October to check in. When Sullivan told Jackson he wanted to get WiFi hot spots to families, Jackson helped him collect the hot spot equipment and went with Sullivan to deliver them to eight homes and showed families how to use them.

“That’s just an example of someone that really cares about the community, cares about student learning and will take time out of his very busy day to support our community,” Sullivan said.

Principals said Jackson asks educators questions so they can come up with their own answers, such as: What kind of an impact do you want to have on your school? Are you being the person you want to be?

“He’s very good at asking a question that helps you to move toward a decision that works for you,” said Deidre Hardson, principal of Salk Elementary. “He’s not one to give you directives.”

Not everyone has felt that way.

About six years ago, Jackson was part a controversy involving Marne Foster, a former school board president who was accused of using her position to get special treatment for her sons and eventually resigned after pleading guilty to accepting illegal gifts as a public official.

According to a 2015 Voice of San Diego article, a principal accused Jackson of intervening on behalf of Foster and her son, even reassigning that principal, Mitzi Lizarraga, to another school after she had clashed with Foster multiple times. In the article, Lizarraga accused Jackson of being complicit in Foster’s alleged overreach.

“Unfortunately that is not true,” Jackson said in an email. “Any decisions that were made were made in the best interest of students. Beyond that, I cannot comment on individual personnel matters.” ◆ 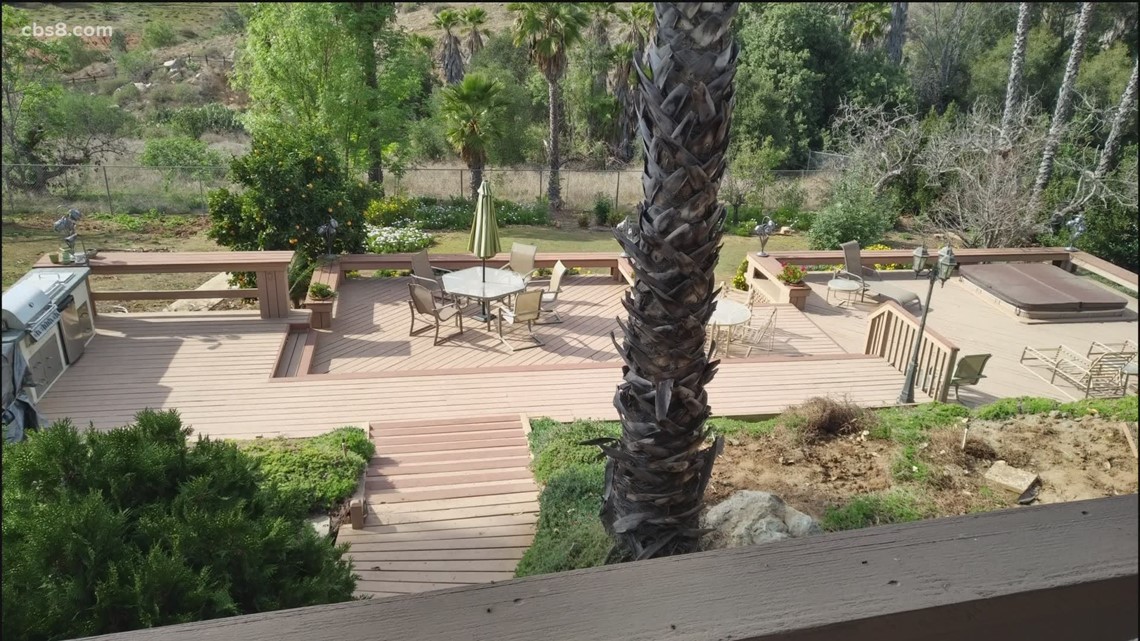 To see also :
The Refuge | A home for underaged victims of sex trafficking
There are an estimated 12,000 human trafficking victims and survivors in San…