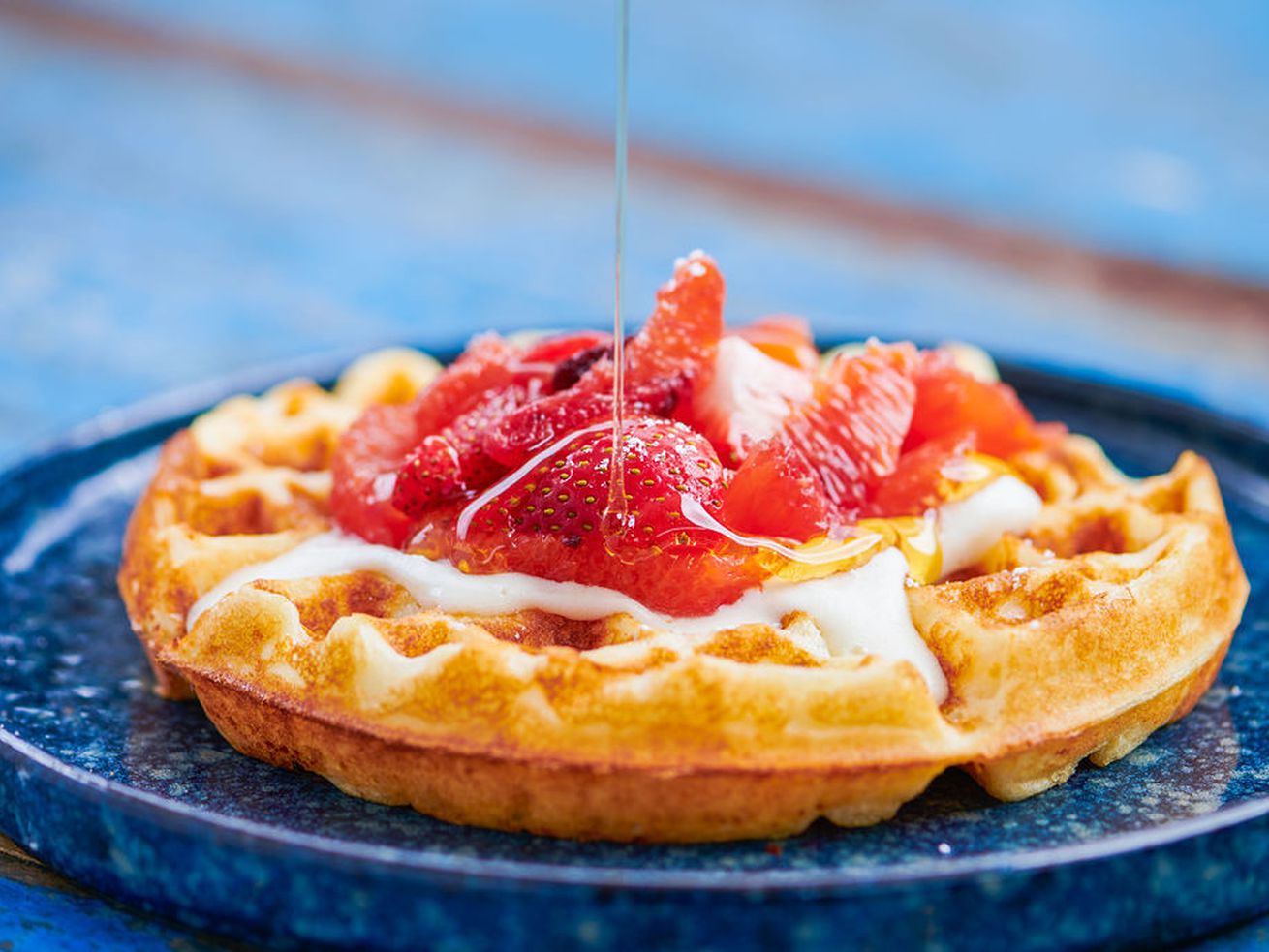 North Park Breakfast Company has arrived Fast-growing morning eats empire Breakfast Republic, with eight locations across San Diego and Orange County, adds another member to its brunch ranks today with the opening of North Park Breakfast Company. The University Avenue eatery is a long-awaited offering from Rise & Shine Restaurant Group founder Johan Engman, who also runs three Fig Tree Café locations and El Jardin in Liberty Station. The 2,125-square-foot space includes an upper level patio and is open daily from 7 a.m. to 3 p.m.
Launched in part to alleviate the crowds at his flagship Breakfast Republic in North Park, Engman told Eater that he would program North Park Breakfast Company’s menu to be distinctly different from its neighborhood relation. There are omelets and scrambles, including a vegan version made with mung beans, as well as waffles topped with chocolate and marshmallow fluff or mashed potatoes and spicy sausage plus decadent pancakes and French toast variations. Composed plates range from a potato pancake with house-cured salmon to chicken confit and grits and a fried rice eggs Benedict made with sambal hollandaise and crispy ham.
North Park Breakfast Company Menu by EaterSD on Scribd

Its brunch cocktails all start with a foundation of fruits or vegetables, from a carrot cocktail with aquavit, lemon, carrot juice and serrano bitters to an apple-based drink made from blanco tequila, suze, lime, apple cider, orgeat, and sea salt.